How to master cast iron

Cast iron cookware is almost indestructible, and indisputably cool. Hefty, black, forged in flame: a good pan will sear steak or flash-fry fish like nobody’s business, while making you feel like you’re roughing it on a campfire.

But cast iron has a reputation for being… difficult. Here’s how to nail it. 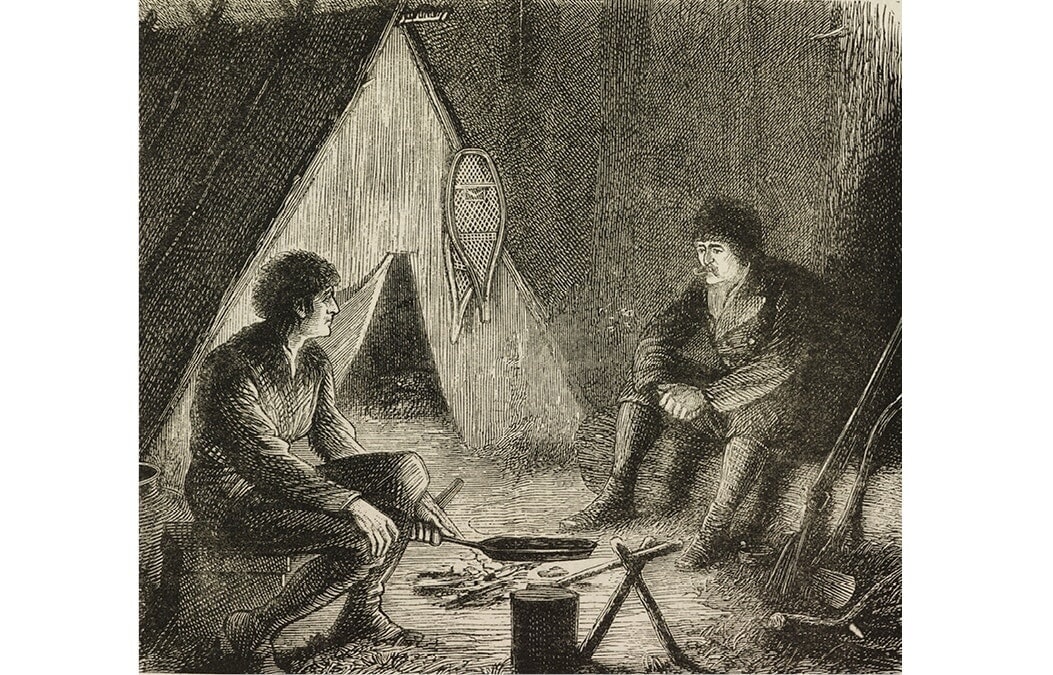 Smoothness is next to godliness. If your cooking surface is rough you’ll wind up like an infomercial cook, scrubbing and swearing and theatrically turfing the whole thing.

So what’s the path to ultimate smoothness?

Some favour buying vintage cookware because way back when, cast iron was made much smoother than anything you’ll find in Briscoes.

But others say it’s all in the seasoning. A modern pan might have a relatively rough surface, but a few coats of oil and good blasts in the oven will sort that out. (Of course, if you happen upon a vintage pan at a garage sale, grab it. Rust can be dealt with, but avoid any that are warped, cracked or really badly pitted). 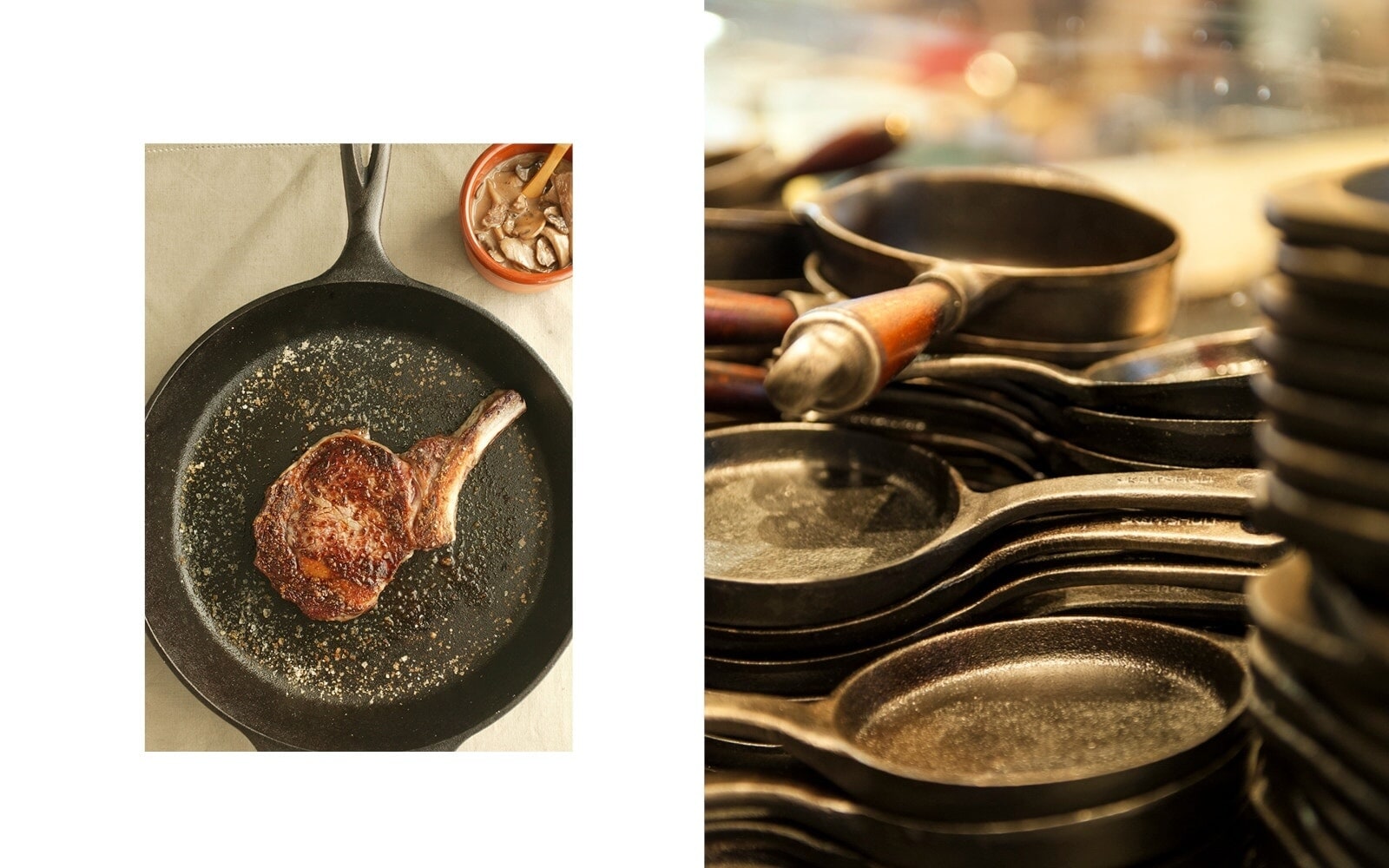 Before you cook with cast iron you must season it: that is, lay down lots of lovely thin coats of polymerised oil on the cooking surfaces. (‘Polymerised’ just means it’s been heated to all hell, so it turns hard, almost plasticky).

Some new pans come already seasoned, but aficionados say it’s still worth adding a coat or two of your own before use.

If older pans have not been properly loved, they may need a few more do-overs.

Start by scrubbing the pan under warm running water. Dry it well. From there, you’ve two options:

1. Rub the pan all over with any vegetable oil – go cheap; this is not the place for your cold-pressed coconut oil – and put it, upside down, into an oven heated to 180 degrees. (Some advise to go far hotter: more like 230 degrees). Leave it there for an hour. You’ll want to do this when you can throw doors and windows open; things can get smoky.

2. Heat your pan on the stove until it’s insanely hot, rub oil into it, and leave it to cool.

Repeat either technique as many times as you need until you get a smooth, slick surface.

The thing about cast iron is it hurls heat up into food, making it terrific for frying – it’ll put a nice lacey edge on eggs and sear a piece of meat like whoa. But it can also be used in the oven as a baking dish, or for finishing off something like a frittata. (Obviously, cast iron will not play well with microwaves).

Remember that cast iron is slow to heat up and slow to cool down; it might pay to get familiar with your pan before sacrificing a $20 piece of rib eye.

Don’t be scared to use metal cooking implements - unlike with Teflon pans, you’d have to scrape cast iron very hard to remove a good season. Some experts actually advise going with metal, as it will gently smooth the surface even further.

There’s debate over whether acidic foods like tomatoes will cause the cast iron to leach, but a decent seasoning should act as a buffer.

And the more you use it, the better your seasoning will get. 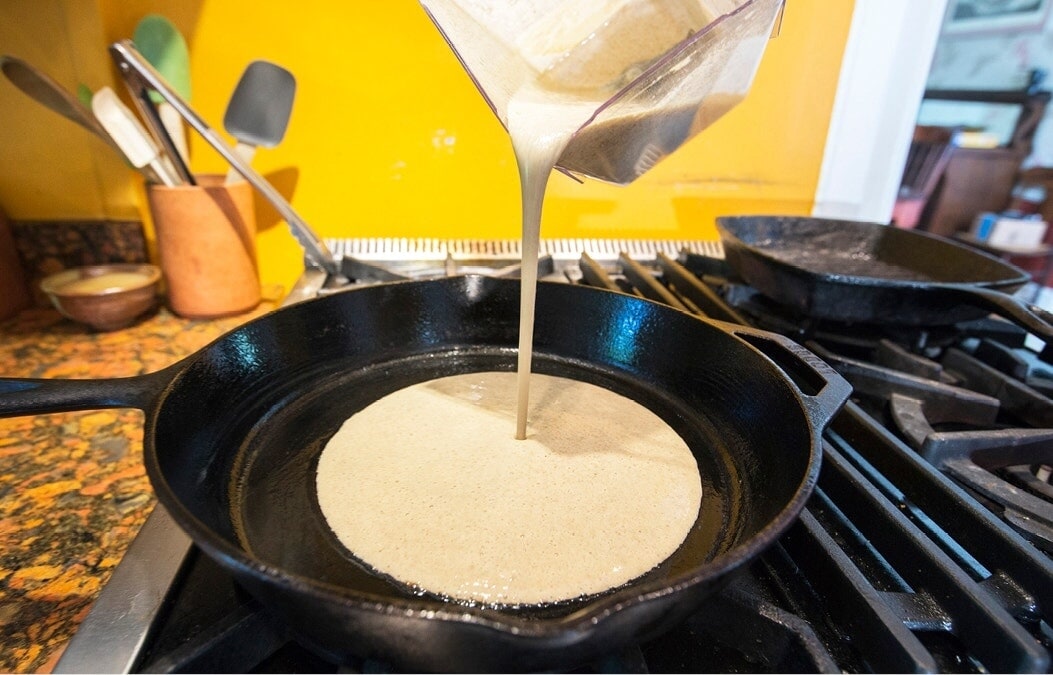 Depending what you’ve cooked you can often just wipe your pan out with a paper towel, or give it a gentle scrub under running warm water.

Dry it like you mean it, then give it a swipe with an oily paper towel.

If you’re not quick enough with the drying, or if some less educated soul puts it through the dishwasher, you might get a bit of rust. Just scrub it with steel wool, wash and re-season. 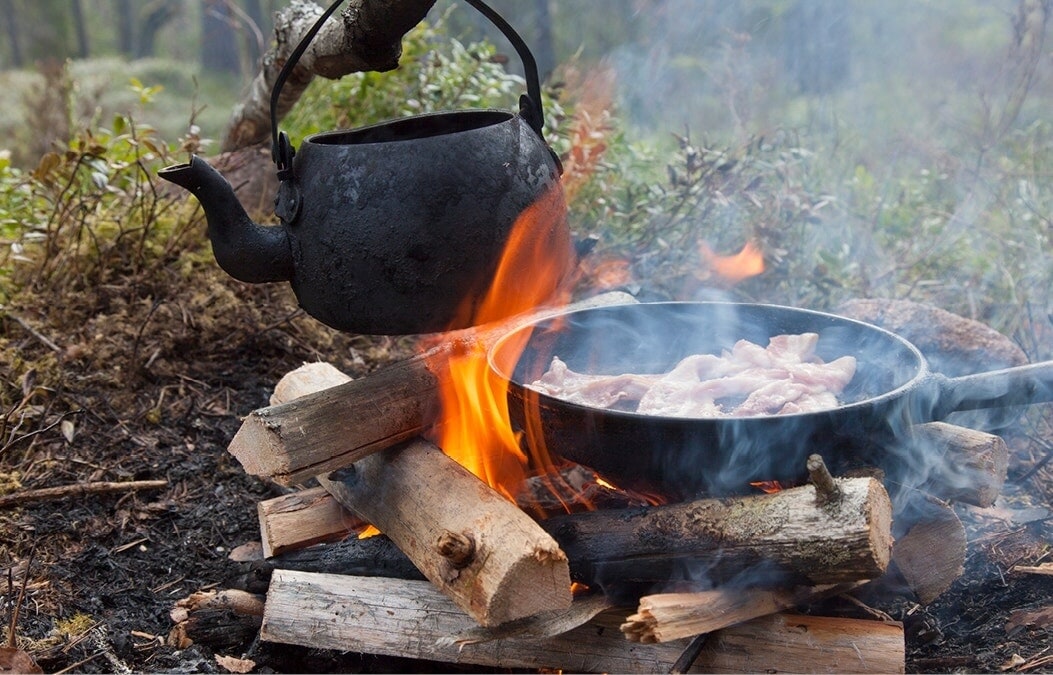 Soap is not the enemy

Sometimes you’ll want to really get rid of a flavour – fish, say, or strong spices. Here, a smidgen of detergent is your friend.

Detergents of all kinds are widely thought to be anathema to cast iron. The logic seems sound – soap will strip oil, therefore it will strip your precious seasoning – but it’s wrong. Once oil’s polymerised it should handle a minor soapy onslaught. And if it doesn’t? Just whack another layer of seasoning on. Better that than to have your next batch of pancakes taste like old fish.

A note on enamel

We’re talking old-school cast iron, black as black, the stuff of cannons and cauldrons. There’s another kind that’s coated in enamel and while it can be very pretty – consider the classic colours of Le Creuset - it behaves quite differently, and if you fry too many steaks in it it’ll crack. 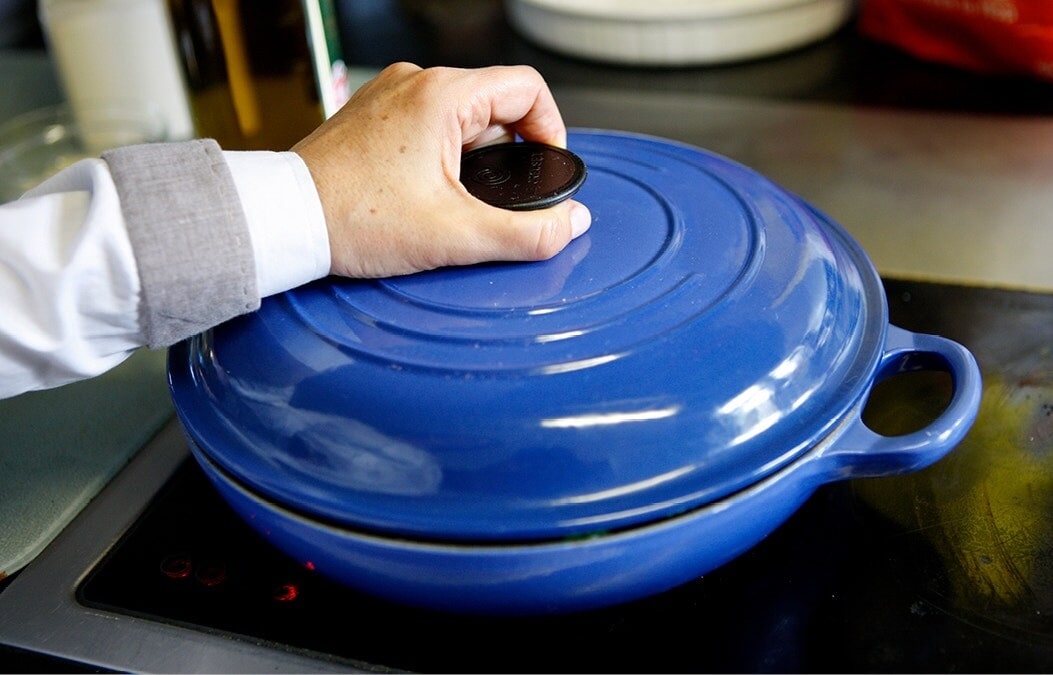