A critique of the biggest game of all time

Rockstar’s hits and misses with Red Dead Redemption 2, the game you (and/or your kids) are possibly losing an unhealthy amount of sleep and spare time to.

I remember Rockstar’s first rub up against the real world back in 2001. It was Grand Theft Auto 3. If the player carjacked a car, which they would have to, because they needed to drive a car and people aren’t just willing to give them up, occasionally the driver would pull you out and take their car back. Just like the real world: If you take someone’s car, they’ll probably want it back.

Cut to Red Dead Redemption 2. If you’re unfamiliar with it, it’s basically Grand Theft Auto - you run, you gun, you do criminal things - but set in the Wild West. The game has been more or less the success that Rockstar wanted (aside from the reports on the dodgy working conditions of many of their staff). It’s on track to sell about twenty million copies by the holiday season - that’s $725 million, which is a lot - and a bunch of your friends have probably taken suspicious sick days close to the weekend in order to play it. Most importantly, if you steal someone’s horse, they will one hundred percent want it back.

If there’s anything to be gleaned from Red Dead Redemption 2, and I’ve spent upwards of twenty hours on this game, it’s that Rockstar has taken what has, up until now, been a selective lean towards realism and gone full horizontal on it. 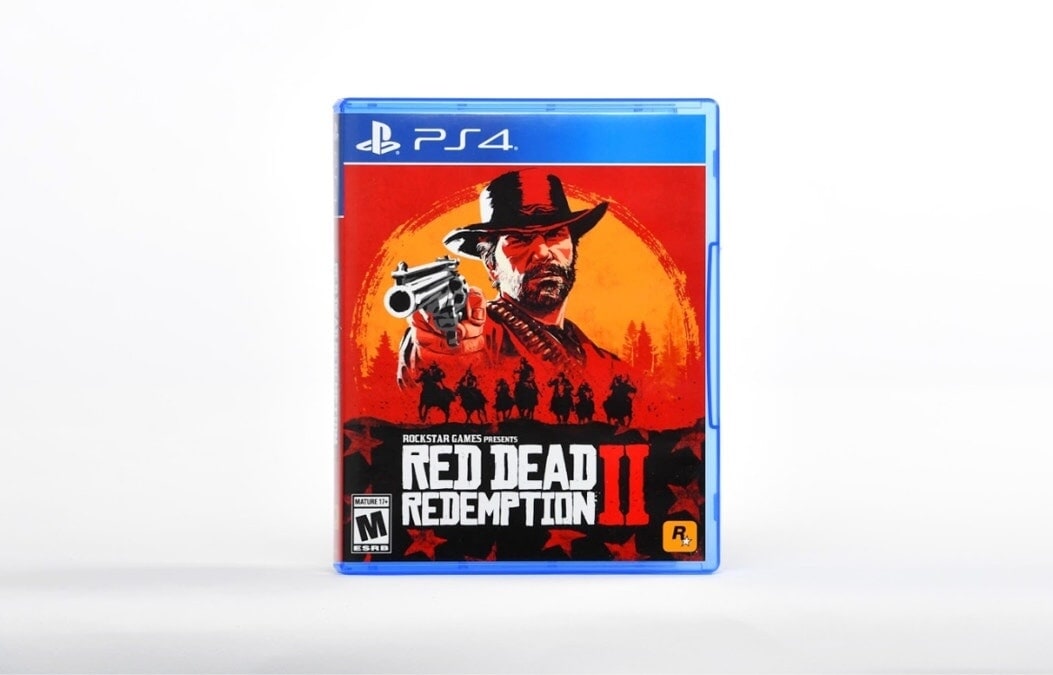 Every artform does a thousand-metre sprint towards realism eventually, and it’s understandable. What better way to engage with an audience than trying to replicate their actual life? Fantasy is looking through stained glass, realism is looking through the window of someone’s living room. For theatre, it was the kitchen-sink theatre. For painting, it was paintings that looked like people. For reality TV, it was Married at First Sight. Look, not all art is equal.

As graphical power improves exponentially - remember when Mario was a sixteen-pixel dude and now he’s so detailed we can see his nipples? - so does the form’s ability to mimic and recreate realism. And if our graphics are at that point, why shouldn’t the gameplay?

The rub, and the problem, is that reality isn’t necessarily fun. Red Dead Redemption 2 runs up against this particular problem again, and again, throughout its fifty-plus hours. The graphics are showing us how dirty the Wild West really was - it’s grimy, people bleed, your protagonist’s beard and hair can grow to true Grizzly Man proportions. It’s real as real gets, man.

Unfortunately, the gameplay seems to want to replicate that experience as much as possible as well. The controls are awkward, and the systems are designed so that when you’re forced to take a break from the story - already a slow-moving steam train of a thing - so you can hunt for your fellow Westerners and continue their survival it feels as arduous as it would as if you’re doing a chore in real life. Rockstar has been crawling towards this depiction of reality slowly over the past twenty years, but for the first time they’ve finally managed to achieve a game that captures how frustrating it is to have to do chores for other people. 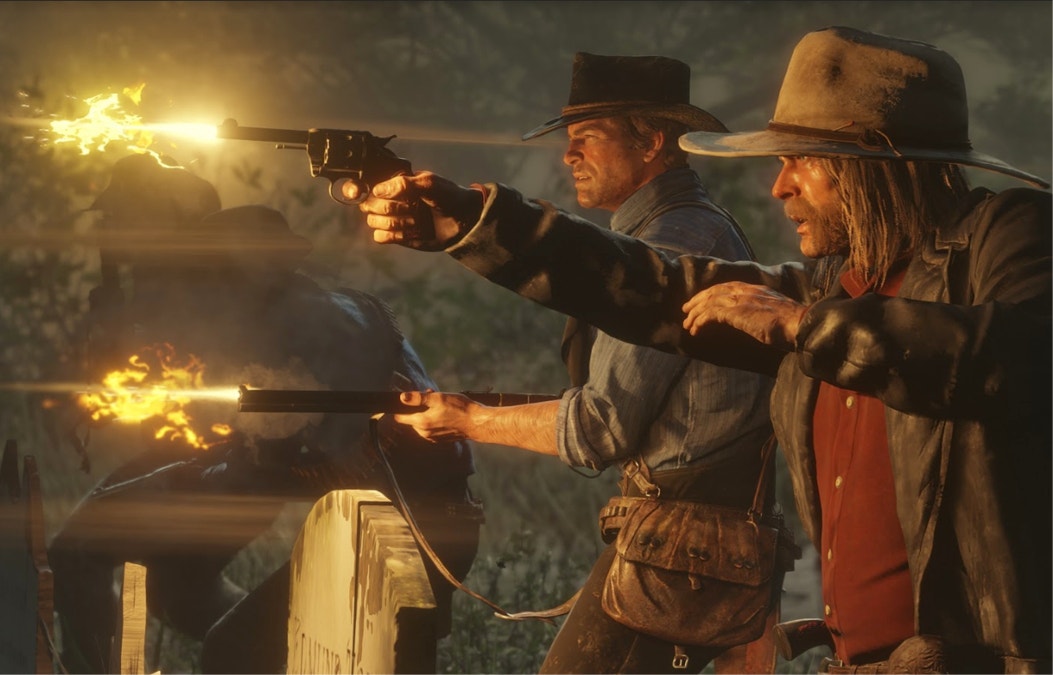 But for all it touts to be as close to a real experience as possible, you can still see the stitches. This is a game where you build a bond with your horse, and magically that horse learns to drift. We all know full well that horses hate all human beings with a passion, and also that they cannot drift. It’s a video game. You’re holding a controller. No amount of wink and nudge towards reality is going to reconcile that.

In fact what Red Dead Redemption 2 ends up capturing, quite successfully and with more reward, is cinema. It’s the closest I’ve felt to playing a Terrence Malick film, and there are moments where the image of a man riding his horse alone through the wilderness had me in awe at their beauty in a way that few games have really managed. It captures the battle between man and nature, whether that’s an external nature or the own nature of his inner varmint, in a beautiful fashion. 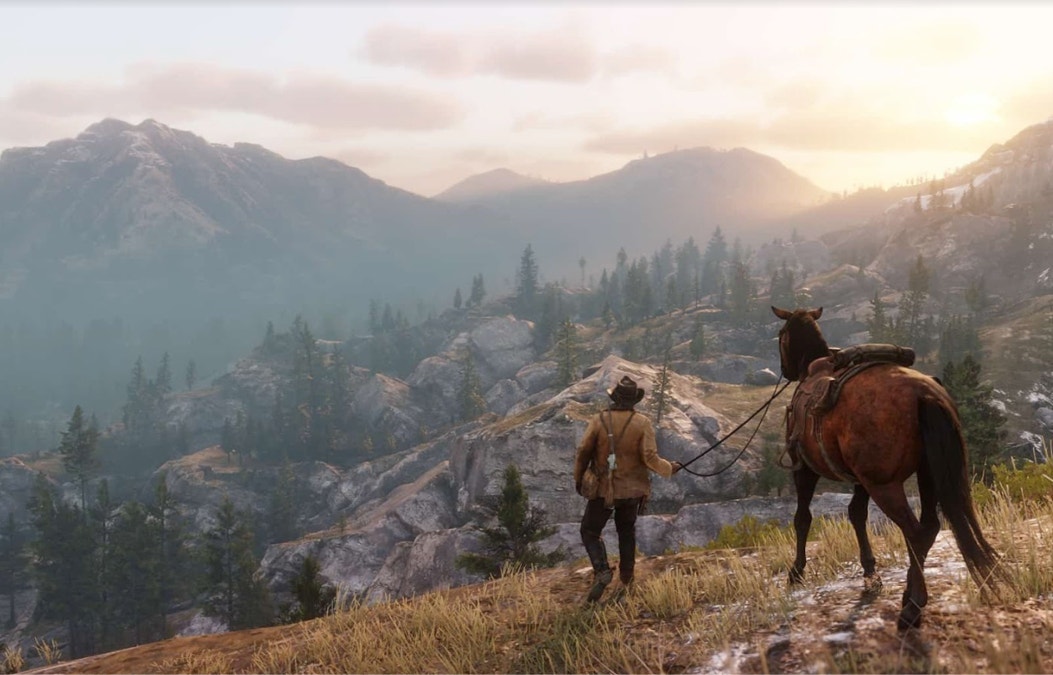 That is until reality, or Rockstar’s version of it, kicks in and you run your horse into a tree and get thrown twenty metres. Red Dead Redemption 2’s main problem, and this is one emblematic throughout the industry and the artform, is that it wants to eat dessert before dinner. Realism and cinematic are two qualities that can work well, even together, but if they get in the way of your game actually being fun, then what’s the point?