What’s it really like to get a black belt?

To get a black belt you kick the bejesus out of a bunch of people, right? Jump around a lot, bust out some hiya? Hardly.

Sensei Rick Harding (52) knows a fair bit about the hallowed black belt and what it takes to earn one. Harding became a black belt in 1989 and now runs the Seido Karate club in Tauranga, in an effort to give back to the martial art that is his passion. While training others, he has kept moving up the advanced ranks himself. Last year he became a fourth Dan black belt, at a grading cloaked in mystique – seriously, he’s not allowed to tell us anything about it. Only other black belts are allowed to attend these gradings, and if they ever talk about it they’re out, boom, done.

Harding was more than happy to tell us about the day that started it all, however.

My father did karate. So I followed my dad’s footsteps. I started when I was 10.

Gradings are one of those moments in life that you’ll never forget.

You have to have achieved a certain level to actually be invited to go for a black belt grading. You don’t just go for a grading because you’ve done enough time. Or trained enough.

The training? Well for example for my last year’s promotion, I got invited in April and as soon as I was invited my food intake changed and I stopped drinking alcohol, then started training six days a week, until my grading in December. Monday and Thursday I would go to the gym, do a workout, run up and down the Mount and then teach two classes of karate. That’s five hours. Tuesday and Wednesday nights I trained at karate myself, often in Te Awamutu or Auckland. Friday we had fitness class at karate, which is bag work. Saturday I’d play golf, woohoo! And then Sunday was up and down the Mount, running around the Mount, and then I’d go to the gym. 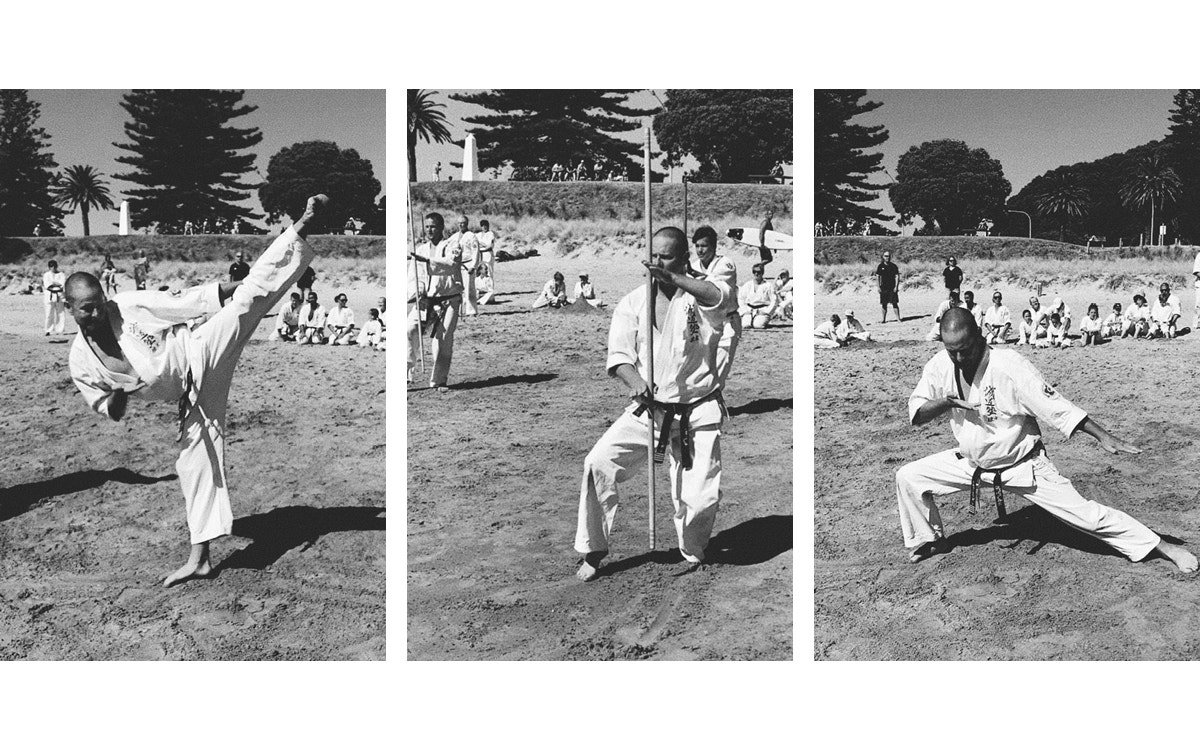 You think there’s no way you can find time to do all this extra training. But having that grading looming on you, you just do whatever you can – you find the time. It happens. To have a partner behind you understanding how much effort you need to put into that, it helps tenfold.

The day is quite overwhelming to start with because you’re full of emotions, up and down and sideways: have I done enough, have I done too much, am I going to be good enough to pass …

Physically, it’s huge. Huge. The whole idea of gradings or promotions are to take the person – no matter what level of fitness they achieve – take them to that and then past it, take them further, because then it starts getting into a mental game. Can your brain override the exhaustion to keep going? Can you keep doing that, keep going, keep going?

Mentally, you need to be comfortable in your own mind that you’ve done enough for this promotion. You don’t want to go half-arsed. It’s a serious thing.

Every shodan grading is quite different. But generally it’s a warm up that consists of exercises like star jumps or press ups but big numbers, numbers that you wouldn’t normally do. And then you do karate, whatever parts of the syllabus they deem to test you on. For a first dan grading you’ve got to make up a certain amount of self defence moves then show these with a partner and you’ve got to remember those while someone’s counting. And then right at the end, for a shodan grading (first dan), there’s 40 fights. If you only fall to bits at that point then you’ve done pretty well. 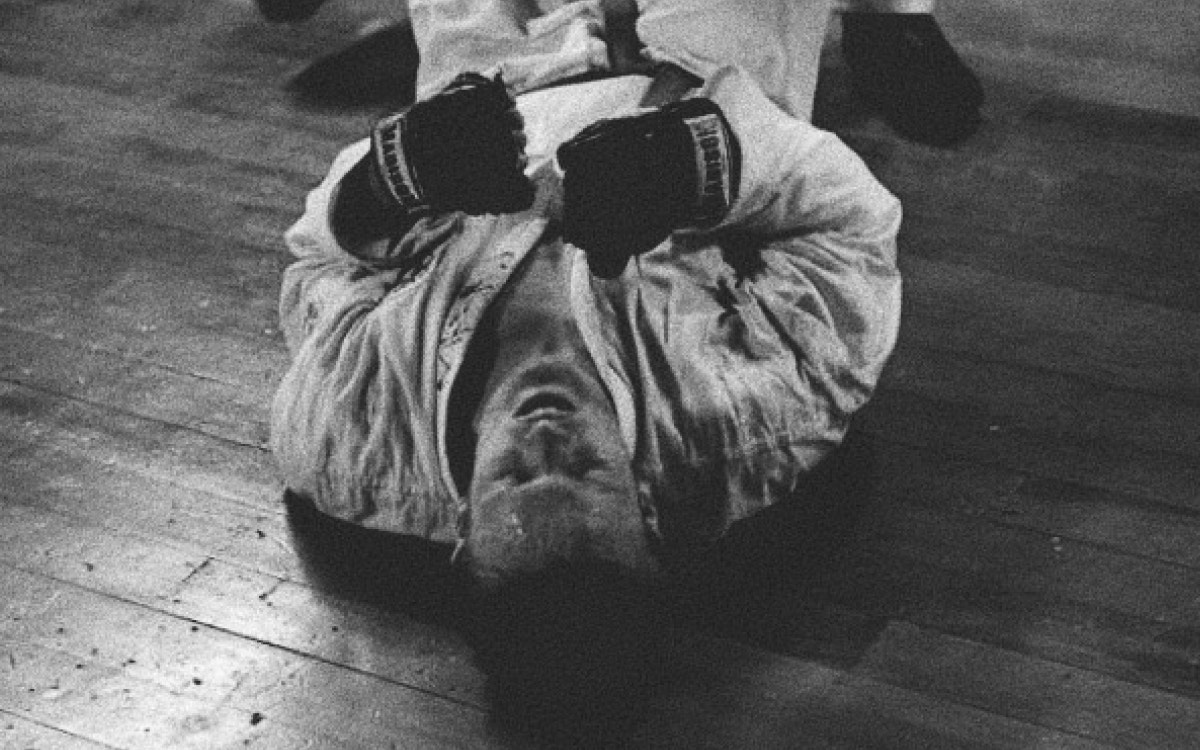 Are those 40 people coming at you hard? Yes. Your body ends up battered and bruised. There’s no win or lose – you just have to stay upright and keep moving. Keep trying to attack. Block a few, attack a few.

I have heard of someone failing once – not being prepared, not knowing your syllabus left and right, not being serious. It doesn’t happen very often because when you are invited to grade, your head instructor does it right. He or she has been there done that.

People still talk about our black belt grading. It was the first black belt grading that this instructor had taken, and he wanted to make sure it was a good one. Six of us did it together and it was memorable alright. It went for a very long time. We had 500 star jump burpees and then something like 500 treadmills, it was just insane. One of the guys lost all of the skin on his soles, both soles, all gone, in the first half an hour. They kept taping him up, oh it was hard, a great way to warm up.

The next morning I don’t think I could stop smiling. Just knowing that I’ve managed to do it. It’s a bit like, “f*** yeah!”. All my training and hard effort ... life changing.

But I’ve been extremely sore the day after each grading. Limping, or just really really lethargic – I had nothing left, nothing, for like a week. Just the physical exertion. You know you’ve definitely earned your new promotion.

You don’t join karate to become a black belt, you join karate because of what it offers you – self confidence, discipline, respect – but to achieve the goal inside your passion is pretty cool. 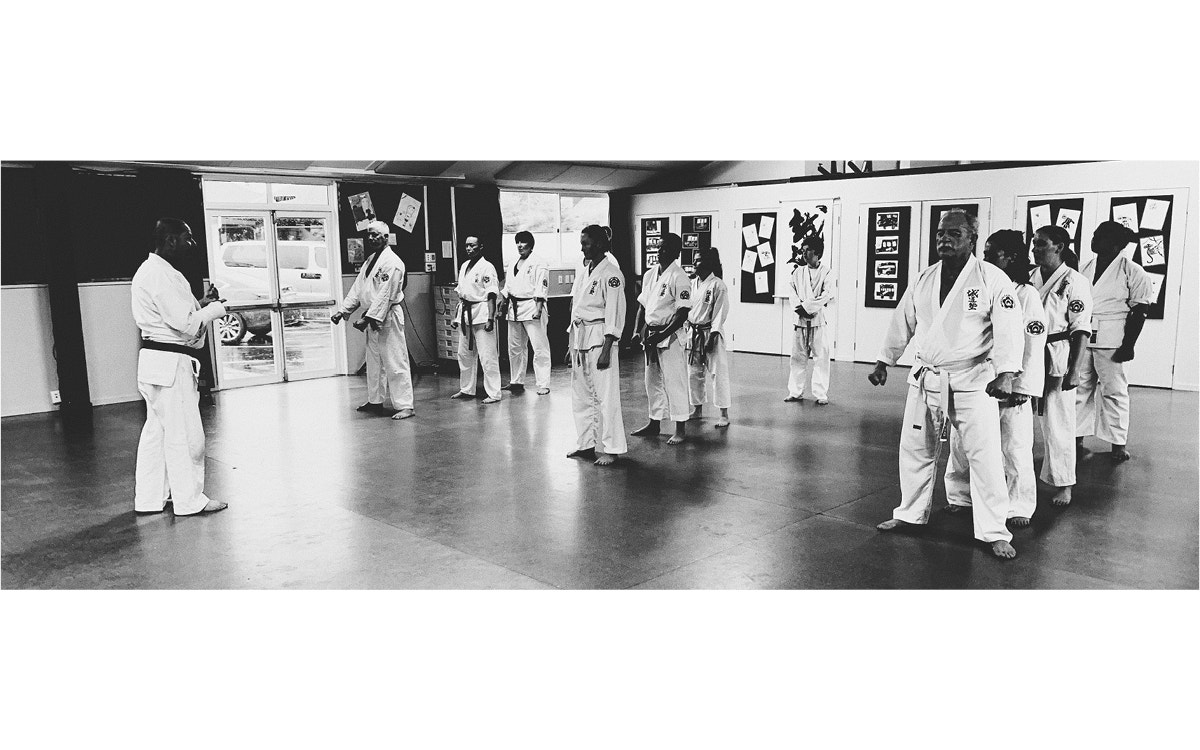 The black belt is so sought after because it’s not an easy achievement. Everyone within karate knows how hard a journey you’ve taken to get there. It’s not a look at me sort of thing, for me it’s more internal, it’s more an achievement for myself. It’s not something to show off. I have people ask me what grade I am and I’m like “Oh it doesn’t really matter, it just holds your pants up”. You know?

Sometimes you can be in a situation and people say, “Oh, it’s alright, we’re with such-and-such, a black belt!” It’s like well hang on, I’m probably more afraid than you because I know what can happen, I’ve got more of a perception now. You train not to fight. It’s not like, “Yay I’m a black belt, I can hit people now”, not at all. It’s the opposite.