Where Are All Our Pacific Cricket Players?

In the latest issue of 1972 magazine, Madeleine Chapman talks to author and scholar Prof Damon Salesa about the lack of Pacific players in New Zealand cricket.

It doesn’t make sense. Rugby, league, netball, basketball. All have a large number of Pacific athletes representing New Zealand at the highest level and all have seen a rise, or at least consistency, in both participation and world standings.

And this progression aligns rather neatly with the steady increase of Pacific athletes in top New Zealand sports teams. So what sets cricket apart? Why are there still so few Pacific cricketers and a seemingly endless plateau on the world stage?

For Professor Damon Salesa, a Rhodes Scholar and author of Island Time: New Zealand’s Pacific Futures, it’s no coincidence. “Pacific people were cricket players when they arrived [from their home countries],” he says, speaking in Auckland. “New Zealand Cricket squandered that opportunity to embrace and leverage it. Compare, for instance, how the All Blacks are leading the world, and the Black Caps are hanging on...”

The Black Caps of today don’t look too different from the Black Caps of the 1970s, despite an influx of cricket-playing immigrants from Samoa. Perhaps it’s because the cricket they played was Kilikiti.

Kilikiti, a form of cricket, is Samoa’s national sport and has been played throughout the country for decades, meaning Samoan immigrants arriving in New Zealand in the 1970s and 80s would have been well-equipped with the skills required to excel in cricket. 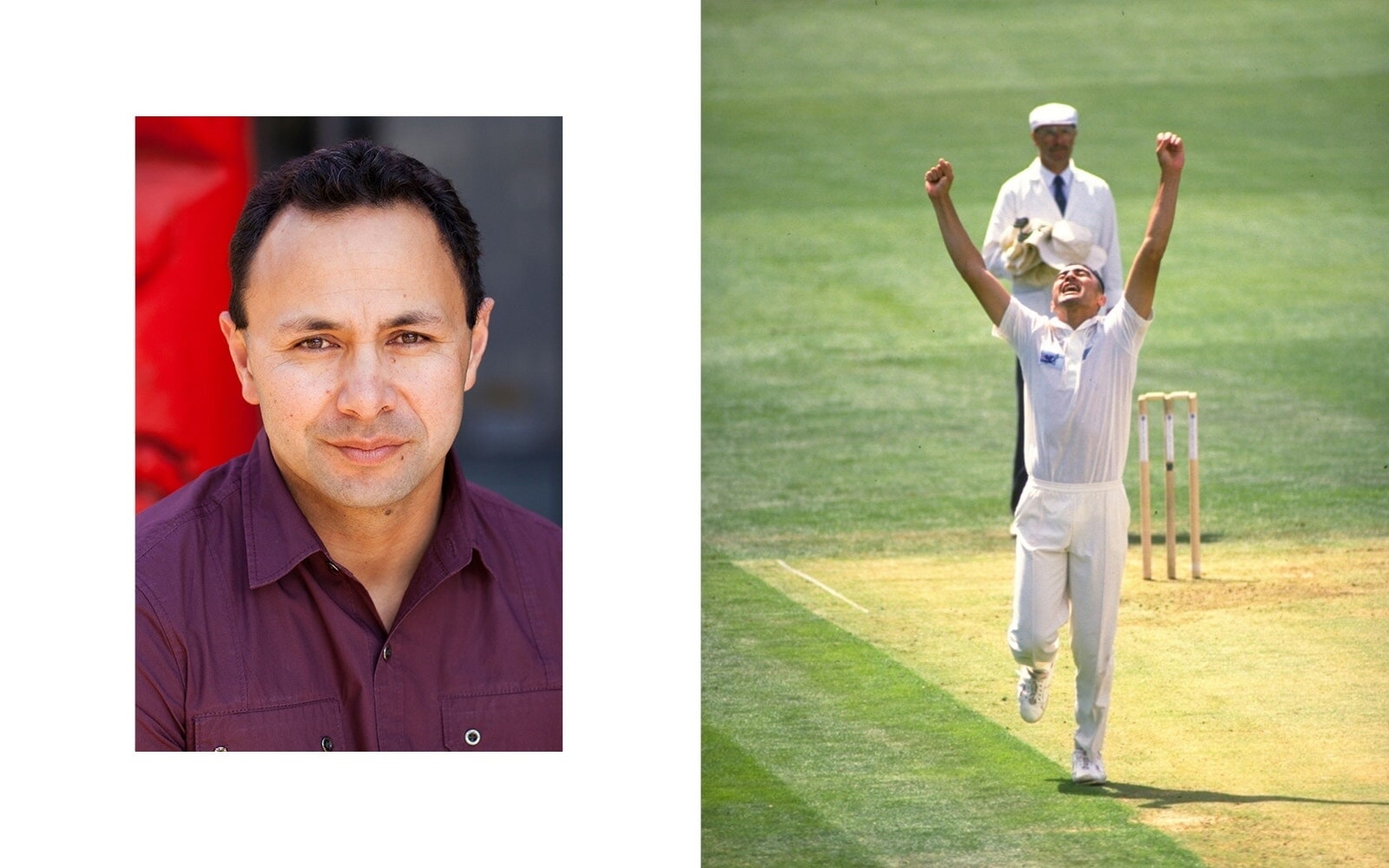 Instead, cricket in New Zealand has become one of few sports lacking in Pacific athletes. Kilikiti is a much looser form of the game, with no protective gear, no over limits, and, to be honest, it’s more fun. So is it simply that Pacific people aren’t interested in the long, restrictive rules of the white man’s game?

“It’s important to see it not as ‘no interest’,” says Salesa. “These are the fruits of decisions deliberately made.”

“If you have the potential to be a rugby or league player, male or female, they will find you. The pathways into the rugby system don’t rest on self navigation.”

Sadly, the same cannot be said for pathways into the cricket system. Those pathways are barely visible in schools with largely Pacific student bodies, despite the concentration of unharnessed, raw talent so often found there.

Salesa uses a particularly striking example of a specific troubled teen who could play rugby. “They found him in prison and he got a professional contract coming out,” he says. This is the norm for rugby, rugby league and their predominantly Pacific and Māori players, many of whom are first scouted as young kids or as teenagers at home outside of New Zealand. “You contrast it with the cricket system, which is built quite differently, and there’s a lot of work we can do.”

But is a lack of Pacific cricket players that big a deal? Every sport has a demographic and maybe cricket’s demographic is simply not that brown.

Salesa doesn’t buy it. Neither does former Samoan international Ben Maliata. “Pacific Islanders are natural athletes with good hand-eye co-ordination, and are big hitters of the cricket ball,” Maliata told Pacific Scoop in 2012. “If we can tap into the talent and provide coaching and refine skills, then I can see us dominating the sport in 10 to 20 years.”

With that natural speed and athleticism so sought after by All Blacks selectors, the lack of interest in that same athleticism by New Zealand Cricket is telling. “The massive presence of Pacific players in the All Blacks is not about diversity,” says Salesa. “It‘s because they’re the best players. What’s happening is a recognition of excellence.” And if New Zealand Cricket doesn’t look beyond the affluent suburbs for that excellence, they’ll continue to struggle. “Whenever people try to say ‘we can’t find anyone’ it just means they’re not looking properly.”

Luckily for the NZC, their two Pacific Black Caps are on the same page as Salesa. Luteru Ross Taylor only recently remarked that his Samoan heritage should be promoted more, so as to act as a role model for young Pacific athletes.

“I think New Zealand cricket probably need to use me in a promotional form, getting [me] into the schools, promoting myself and my Samoan ethnicity,” he told Radio NZ, mentioning that a lot of kids seeking his autograph think he’s Māori. The fact that a player as prolific as Taylor hasn’t been used to recruit more young players like him exposes a genuine disinterest in those very players.

Meanwhile, Murphy Su’a is working to bring up Pacific participation while on the board of Auckland Cricket. Currently, Pacific people make up around 5% of the entire grassroots cricket community. While predominantly white cricketers play their social leagues at Auckland Domain after work, across the field a lively kilikiti tournament is likely playing out with dozens of Samoan men and women showcasing their skills with the bat and ball. Yet somehow the two worlds have never crossed over.

The effects that decades of disregard has on a community cannot be undone overnight, but with a little investment and interest, New Zealand Cricket can help itself by including Pacific children in its search for talent. It’s a start, at least, and all it takes is a willingness to look beyond what’s considered the norm. Because as New Zealand continues to grow culturally, so too should the teams that represent it. 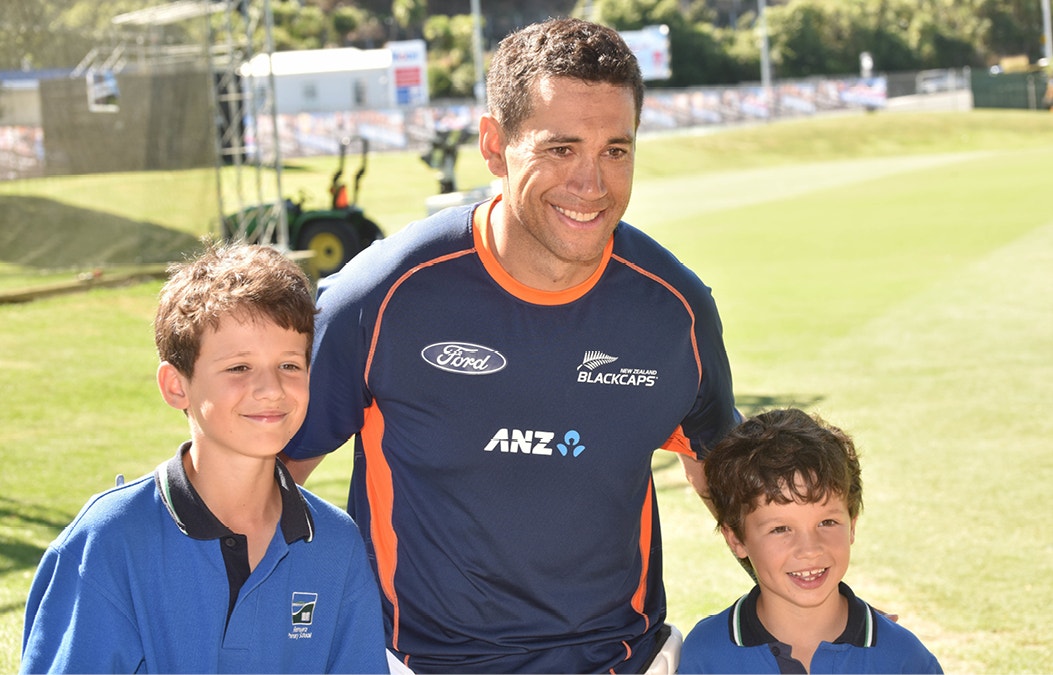 “This is one of our great opportunities to be a Pacific nation and to embrace the talents and leadership that Pacific people have always had.” The All Blacks have arguably been the best rugby team in the world since the 1970s and have dominated globally since 2004. In the team’s recorded history, 66 Samoan-New Zealand players, born here in New Zealand and in Samoa, have pulled on an All Black jersey.

At the same time, the Black Caps would struggle to be considered among the top two teams in the cricketing world. Cricket, a sport with equal demand for fast, powerful, and explosive athletes, has seen only two Samoan-New Zealanders become Black Caps. Salesa pauses, as if about to laugh, before adding “there isn’t enough talent in New Zealand to be picky about where you get the talent from.”

Professor Damon Salesa discusses New Zealand’s future as a Pacific nation — “ready or not” — when he gives the annual Michael King Memorial Lecture at the Auckland Writer’s Festival on May 19.