Alan Stroud is really good at smashing golf balls really, really hard. The 27 year-old, based on Auckland’s North Shore, is the New Zealand long drive champion and has just competed in the world champs, in Oklahoma.

He, erm, tanked. But the competition fired him up to come back “bigger, better, faster and stronger”.

Stroud tells 1972 about the sport of long drive, how he got into it - and how you can, too.

What is long drive? How does it differ from normal golf?

Long drive is a variation of golf - no chipping or putting needed. You get to hit eight balls in three minutes onto a grid about four rugby fields long. As hard and as far as you can.

Once you hit a ball, to count it has to land inside the grid, and stay in until it stops.

There are varying event formats, but effectively, it's as simple as grip it and rip it, as long and as straight as possible.

Long drive looks like a much more primal and instinctual way of belting a ball around, is that how it feels to you?

Yes! That's exactly it. There's nothing held back, or kept in the tank. You work explosively and at a high pace.

In the middle of a set, I kind of get the sense of serenity amongst the chaos. Everything else in the world disappears and it becomes about enjoying what I’m doing... Sounds cheesy I know...

I hear all the time: “golf Is a boring sport, it's for old men, why ruin a good walk by chasing a white piece of plastic?” But describing the feeling when you hit a ball absolutely perfectly is impossible, and I can't accept anyone telling me those things, until they have experienced the feeling of absolutely crushing a ball.

Are there physical or mental attributes that you think make a great long driver?

Mentally - you have to be patient. Success doesn't always come quickly.

You also have to be a little bit cocky. It's a power sport and believing you're good is a massive key to success.

Physically - yes and no. That's the beauty of the sport. You can be 130kg of pure muscle, or 130kg of cheeseburgers and fries. Or you can be 75kg of skin and bones. As long as you swing fast and make good contact, you're away.

Ummmmm, he gets a lot of people to a driving range to try something new. The movie brought golf to a different sub-set of our community, and seeing fresh faces out and about the practise ranges is awesome.

The idea of hitting a ball a country mile is not unfamiliar to a lot of people. Every single recreational golfer wants to be able to hit the ball further than they did before, and if giving a Happy Gilmore a go works, then go nuts. I'll stick to what I'm doing for now. 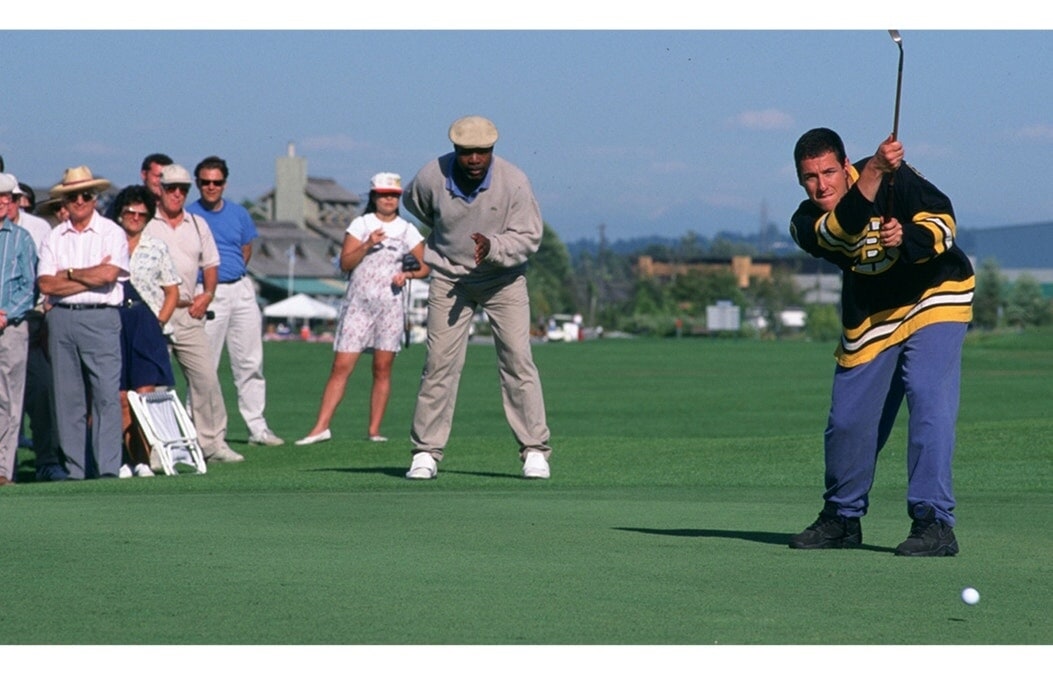 At what point did you realise long drive is a legitimate sport, and how did you get into it?

Long drive became a lot more legit when the rules changed in 2016, dictating that we have to abide by the same equipment restrictions as players on pro tours (normal golf).

I had my first set of clubs and was playing 18 holes regularly from the age of four. I started really getting into it at about 17 or 18. It was only then I noticed I was hitting the ball a lot further than my fellow players. I'd get comments from guys at the range, people playing in front or behind me, but didn't think anything of it.

I learned more about it through a friend of almost 10 years - Phillis Meti. She handed me my first long drive club and I fell in love with the sport. Go follow Phillis on social media (@PhillisMeti and phillis.meti). She’s a champion and an incredible human being.

Do you have a day job, and how do you fit training in around that?

I work as a business development manager for a Gilmours North Shore, a local food and beverage wholesaler. Hamish, the owner of the business has been super supportive in allowing me to be away from work for the time needed. He reckons he can still out-hit me too!

Training for me is about frequency - lots of small things adding to a larger picture.

There is a misconception that long drive is about being strong. It's more about speed than anything else, so I have some tools that help me swing faster. If anyone is interested a simple Google search will give you all the info you need. Or you can follow a few guys on social media and get some pointers.

Flexibility is also important, and I find spending 15 to 20 minutes a day on a roller or stretching is enough for me to stay flexible.

There is one thing you cannot forget, and that's hitting the ball. Your swing speed and flexibility mean nothing if you can't make a solid connection with the ball and the only way to get better is to hit a volume of balls each week. I’ve been hitting between 300 and 500 a week, over three to four sessions.

Any tips for golfers keen to give long drive a go? Do you need to crush the golf technique out of yourself?

There's a couple of boxes to tick first.

Have you ever been told to take long drive up? Are you the biggest hitter in your group/ corporate team/ bunch of mates? Do you often have to wait for the group in front of you so you don't hit up on them? If yes, that's a good start!

Are you swinging faster than 115 miles per hour? Are you flexible, and are you prepared to let your regular golf game slide a little?

Good golf technique isn’t the most important, you don't have to be a fantastic golfer... but you do have to be a solid hitter. There are guys here who barely own a set clubs, but are good hitters with solid potential. There are also freaks who hit 350m (NB: that’s impressive; Stroud’s record is 364m) and play close to par every time.

Realistically anyone can get into long drive, but no one takes a Prius to the Formula 1. It's important to swing fast and work to get faster. Gaining an extra five or six miles is easy enough, but to be competitive locally you need a swing speed of at least 125-130 miles per hour.

Once you’re confident on all the above, get in touch with one of the Long Blacks - the national long drive team - we can help with some small things to get you started, and then talk a little about gear.

Don't buy any gear without talking to one of the long drive guys! There's a massive difference in the club you use on the course and the one you compete in long drive with. Buying the wrong gear is worse than having no gear at all. 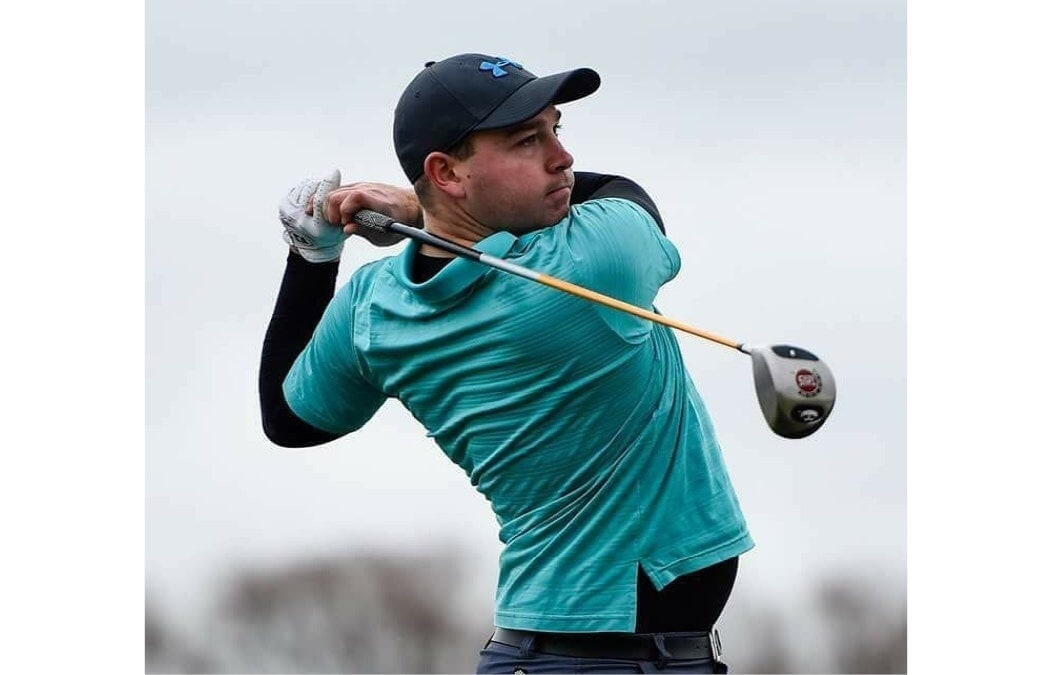 Can you start out with the same equipment as golf though?

You can! You're automatically on the back foot, but it's the best place to start.

What do you normally wear when you're competing?

Fashion in golf, plain and simple, comes down to how ballsy you are. Some guys walk out looking like a packet of highlighters. Others wear a tidy white polo and some fitting navy pants (that’s me). It's really important that it's comfy, it moves with you and won't restrict you - that’s the case with all clothes though, right?

There are rules to follow. No singlets, jeans, jean shorts, rugby shorts or tees. A collar is compulsory and in NZ a pair of tidy shorts will do. At World's we have to wear pants - and it's pushing 40 degrees.

On course I'll throw in the odd orange, salmon or cyan blue, but on the world stage, I'm going for a classy look and feel.

But I say wear whatever you're comfy in. Even if it's a pack of highlighters. 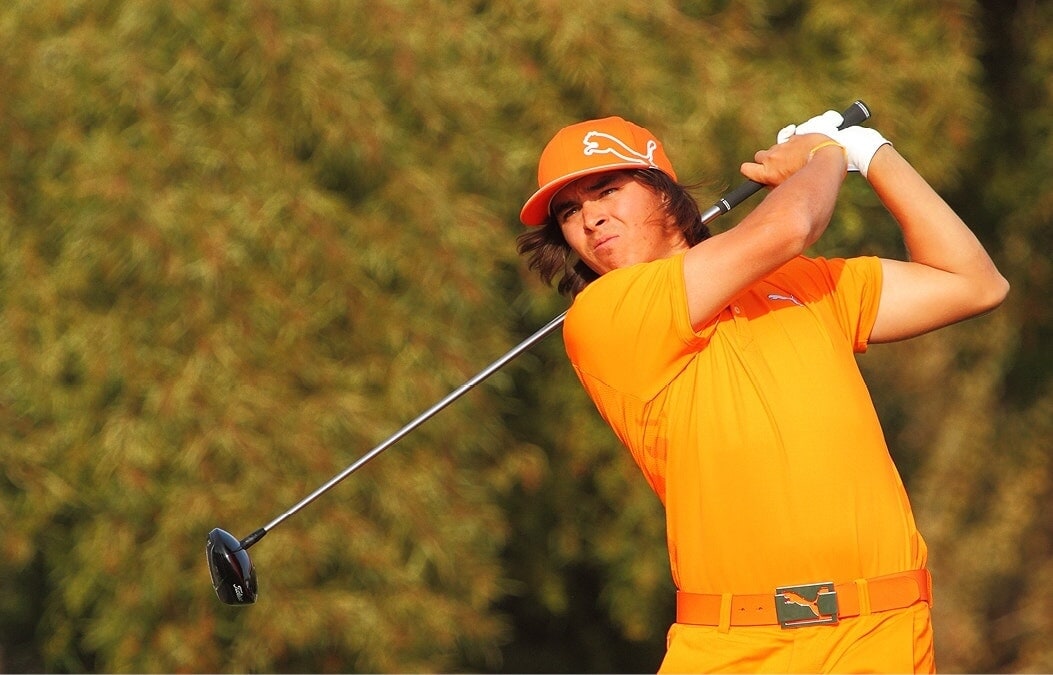 In November we have the Boulgaris Battle in the Burbs. Held at Remuera Golf Club, we have 16 of the best hitters in Australasia descending on a suburban golf course, playing for a larger sum of cash than I can comprehend - I think it's 10k.

Then the Long Blacks take on the Australian Long Ballers in a Bledisloe cup/Ryder cup style event at Kinloch, near Taupo.

From Alan: I just need to thank some people who have helped me on my journey....

Firstly, my wife is an absolute hero! Thanks for letting me cut in on our honeymoon to hit some golf balls. Hamish and the team at Gilmours North Shore, my main sponsor. Thanks to Mike and the crew up at Omaha golf club for hosting our nationals and partially redesigning two holes for us. Ryan, a lifelong friend and sports physiologist who did his best to get me Into shape! The team at Roland Jeffery Physio. Ben Guildford at Pupuke Golf club, Deb and Cam of Casual Fridays, who looked after my branding and media stuff, Phillis, who always keeps me focussed on the right things and lastly, friends family and even strangers who took the time to offer their support and encouragement.